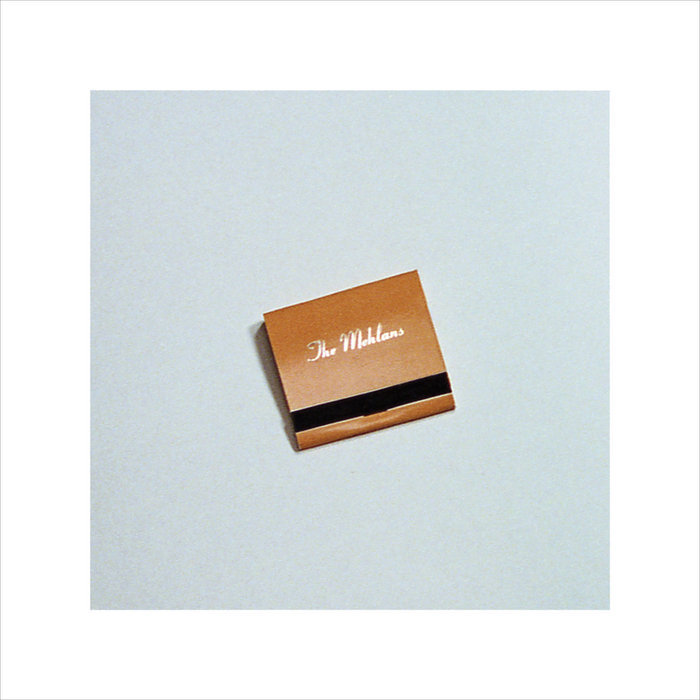 thepsychedelicanglosaxon Tied for my all-time favourite record. Matt expanded upon SOFT SKILLS' brilliant blend of organic and synthetic instruments by raising the bar in every way conceivable.

(Also, "Happy Birthday" is adorable.) Favorite track: Are You That Somebody?.

🏔 Also have Mehlan aka Uumans - Flipping Out. Both releases are very pleasing and chill

Matt Mehlan has been recording his songs, wherever and whenever he can, since he was a kid. Raised a Midwestern hustler in the City That Works™, his longing for a kind of Transcendental Escape in Music was always coupled with a worker’s pragmatism. When he moved to New York in 2005, abandoning his mall job in the Chicago suburbs, the reasoning was as practical as it was whimsical: live with the band, wake up and hit record, subsidize costs and share, build a self-reliant community for making art and music in the City That Never Sleeps™.

It kinda happened: Mehlan’s Skeletons b(r)and (AKA SKELETON$™, Skeletons & the Kings of All Cities, Skeletons & The Girl Faced Boys, Skeletons Big Band) and label Shinkoyo, both founded with like-minded collaborators while students at Oberlin College’s Conservatory of Music, indelibly marked New York’s underground music scenes over the past 12-13 years. Among friends, Mehlan lived and worked communally in Brooklyn and Queens, making records and putting on shows in the warehouses and old office spaces and leaky derelict church basements where he and his friends lived and played (i.e. The Silent Barn / Paris London West Nile / St Cecilia’s). The group became regulars in a vital scene that revolved around musician and experimentation friendly venues Zebulon, Death By Audio, Less Artists More Condos, Cake Shop, Secret Project Robot/Monster Island… a scene that somehow landed this group of weirdos opening for Erykah Badu in Damon Dash’s basement, failing miserably in front of large audiences at prestigious art-world events or music industry showcases, and later finding a generous home for their most ambitious ideas and expanded ensembles at the experimental institution Roulette.

The poetic happenstance of making self-reflecting art is not without embarrassing coincidences… Mehlan’s final, title-earning, lyrics from Skeletons 2016’s release, asked: “Another week gone by, am I still on? / Another week gone by, am I home?” And as the sessions wrapped, an opportunity came for Mehlan to move his family back to Chicago, after nine years and eight months in New York. Like a sick kind of time travel, he found himself making music in the same home he first made recordings in, some 20 years ago.

In the suburban environs and emptied house of his adolescence, now perhaps slightly-alien, among boxes of sentimental ephemera from childhood bedrooms and drawers, sequestered in a carpeted basement. Mehlan says, “This was the same basement I made tapes in when I was 16, to sell in the high school cafeteria or at shows at the Internet cafe. Tape-deck in a blue 1991 Plymouth Laser, rush to get the best test-listen in the car, windows down, blasting, late-night trip to hang in the Taco Bell parking lot… ”.
​
Remembering that initial impetus – and a need to be completely self-reliant – the hibernative cold Chicago winter brought the work, and a determination to do it alone. This collection of songs is a return to both the process, and actual space, of Mehlan’s earliest recordings and initial Skeletons releases – writing, performing (vocals, Rhodes electric piano, synthesizers, drums, bass, guitars, saxophone, percussion), and recording all the music himself. There’s something different in here than Skeletons: an ease, a gentleness, an allowance of consonances and simplicities that, in the collective’s grip (and perhaps New York’s general pace and volume), might be subverted and agitated. Songs of love and apathy, longing, confusion, redemption, resolve – self-recorded, produced, mixed, mastered, funded, needed. Less epic melodrama than Skeletons’ most recent recordings (like the expansive, meandering, “Am I Home?” or 2013’s ghost-narrative “The Bus”), with a calm joy embedded in careful songwriting.

DISCLAIMER: These are not cover songs. They do, however, borrow phrases, titles, and words from the collective consciousness, movies, The Beatles, Aliyah, Catey Shaw (see also Skeletons’ Welcome to NY/Brooklyn Girls single), Gertrude Stein, Jefferson Airplane, and Kendrick Lamar. It is intended, in addition to the evocation of a feeling or memory, to subvert the algorithmic search-ability and suggestion-making of current online music platforms.

All songs written, performed, recorded, mixed, & mastered by Matt Mehlan at The Stuudio, while situated in the Greater Chicagoland & New York Metropolitan Areas™ in the years 2016 & 2017.