If the Cat Come Back 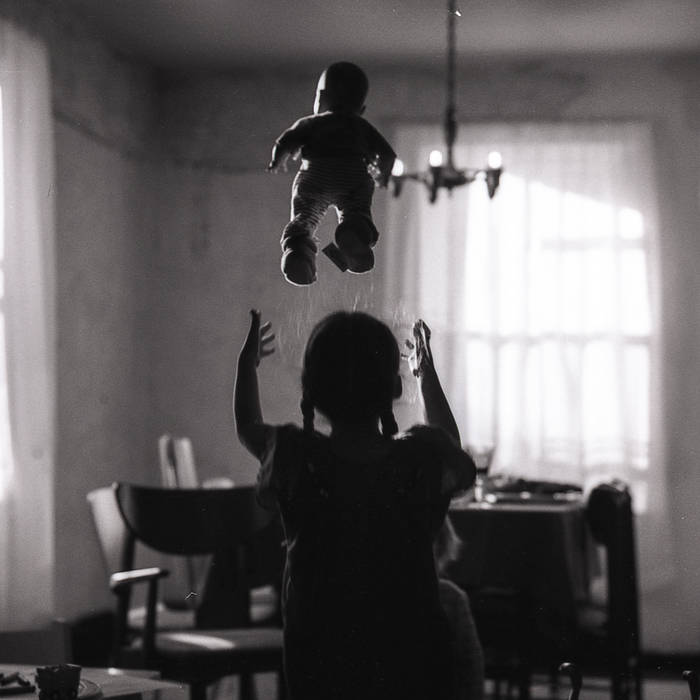 Bill S. So great to see Skeletons back in action. This one is a more lonely and sparse effort than I've seen from the group, but it is still infused with the band's trademark sound, given both Mehlan's songwriting prowess and heavy use of hand-built microtonal instrumentation. It's a touch sentimental in places (their cover of "Lonesome Valley" being the most obvious example) and full of the sounds of domesticity, but so fitting for the home-bound world we find ourselves in 2020. Favorite track: THE EDGE.

Matt Mehlan returns to the Skeletons b(r)and with a parable for dark times. We knew what was coming but we did nothing to stop it. Too appeased by the good weather but: “…the blue sky don’t know about a day’s deeds…” Now even the music is unmoored. We’ve lost faith in the AI navigator but have forgotten how to know the way. Threads from the rawest and darkest of the Skeletons catalog - now 10 LPs deep across 18 years - snake across a cold ground looking for ways to connect. This is The Bus’ (2012) midnight express. This is Lucas’ (2007) return from the Garden of Eden. Once celebrated the prodigal has left us again, shocked like the kids abandoned as T-Rex dinner in the dinosaur theme park (“He left us!”) - we wimper…  Where did I put the flashlight?

What does this Dark Now sound like? The instrument designer Peter Blasser, a co-founder of Shinkoyo, says his instruments are metaphors “…for something… in your process, or your life, or your philosophy…”* - and on this, the first Skeletons LP since 2016’s Am I Home - Mehlan finds meaning in Blasser’s inventions, particularly the Shtar - a 17-tone equal temperament string instrument with built in synthesizer, based on the Persian tar. When all is adrift, start from scratch. Drawn to the difficult joy of re-learning how to play and sing in the Shtar’s microtonal tuning system, Mehlan found the sound to suit the story, all intuition and searching, raw and electric. Reminiscent at times of bleak folk paragons like Songs: Ohia’s Ghost Tropic, Bonnie “Prince” Billie’s I See a Darkness, or the unusual intensity of records like Tom Wait’s Bone Machine or Nico’s Desertshore - the result is 100% Skeletons, perfectly peculiar, just beyond the ordinary. The Lonesome Uncanny Valley.

Mehlan’s performance is mostly calm discomfort, with the directness of People (2010) but moving beyond the rage of Money (2008) - floating through familial disgrace (“one of ours gone over THE EDGE / no sympathy indulgence for those who flirt compulsive at THE EDGE”), lazy language poetry (“at the end of the day / it’s this that or the other / you know what I’m saying / that being said”), culture war (“city folk think they’re so smart / but can’t tie on a hook / can’t handle a chainsaw / have you ever shot a gun?”), opioid investments & the wellness industry (“we want to make you well! / we know what well is!”)… Seamlessly, across 47 minutes and nine songs, phantom voices speak: reality piercing tragicomedy, the wisdom of Sun Ra, the roar of the Indianapolis 500… Buy the bracelet, it reads: WWYDIYKWWGFU? ("what would you do if you knew what was good for you?").

After a decade in New York City - a stretch that produced and informed so much music and a majority of Skeletons’ catalog - we find Mehlan outside the metropolitan claustrophobia of previous recordings, fully immersed in the American Midwest’s pastoral from which the Skeletons project first emerged. What's coming has been prefigured. It has been foretold. We've stopped listening at our own peril. The audience is turned inward. We know not what we've done, but accept the coming and going, with love and apathy: “If the cat come back / you know where he’s at / if the cat don’t come back / you know where he’s at”.

Skeletons (also known as Skeletons and the Girl-Faced Boys, Skeletons and the Kings of All Cities, Skeletons Big Band, and Skeleton$) is an American entertainment unit, formed in 2002, in Oberlin, Ohio. Assembled around the solo work of producer and songwriter Matt Mehlan, the project embodies an expressed ethos of collaboration and unpredictability, taking song-form, personnel, instrumentation, performance, recordings — and even b(r)and name — as opportunities for experimentation. In its various forms, the band has toured around the world, and recorded for Ghostly International, Tomlab, Crammed Discs, Altin Village and Mine, and Shinkoyo — the imprint they co-founded.

Mixed by Matt Mehlan at The Stuudio, and Shahzad Ismaily at Figure 8, December 2019.

Mastered by Matt Mehlan at The Stuudio.