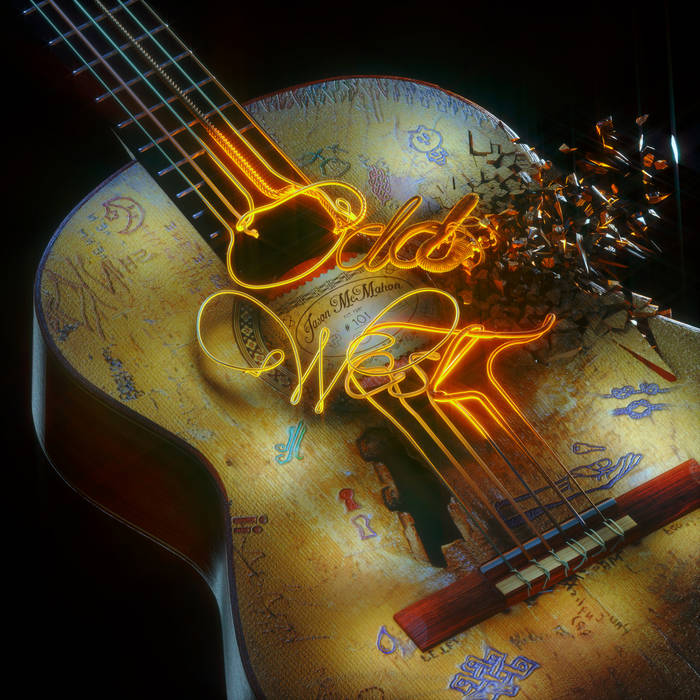 Jason McMahon, former member of Skeletons (and the Girl-Faced Boys, and the Kings of All Cities, Skeletons Big Band), founding member of Shinkoyo Records, founding member of The Silent Barn (recording studio and performance venue in Ridgewood, Queens), is finally stepping out on his own and releasing his long-awaited solo debut: Odd West. After touring for a decade with several Brooklyn-based bands (Skeletons, Fashe Mello, Glasser, Janka Nabay and The Bubu Gang, Chairlift), Jason took an extended break from touring to focus on solo work and his personal life. The music that came out of this quiet period is a departure from everything he has done before, as he began writing it not for a performance in Brooklyn, but for a family reunion in his native state of Colorado. The uniqueness of this opportunity encouraged him to further challenge himself: Although he was a talented guitarist with jazz chops and a growing facility in experimental MIDI-triggered performance, he instead picked up an acoustic guitar, tuned it to a completely unfamiliar tuning and made himself develop finger-picking technique for the first time. The writing continued beyond the family reunion, and as McMahon developed the compositions and techniques, he continued to play for family gatherings, performing working versions of these songs at four friends’ and family’s wedding ceremonies over the course of 2018, including his own. The songs on Odd West all come from this process: 14 tracks unified by more than just the same unique tuning, created to underscore life-changing events without drawing attention away from them. Experimental music written for traditional family gatherings.

The lyrics followed out of this process in an unexpected way. As he was writing songs that drew the listener’s focus in multiple emotional directions, McMahon wanted to write music that sounded like it had words, but actually didn’t. For some songs, he tried to create this sort of “dream language”: that feeling of almost hearing, just barely-but-not-quite-understanding. In the same way that the music is a subdued yet rich and complex tapestry performed as accompaniment to wedding ceremonies, the words of Odd West seem to sit just out of focus, just out of the realm of comprehension, as a mere ornament to the emotion of the moment. The one exception to this method of lyric writing is on “Oh, Moon!”, for which he enlisted the lyrical talent of his friend and fellow vocalist on Odd West, former bandmate in the Bubu Gang, Boshra AlSaadi (Teen), to write words in her native language of Arabic.