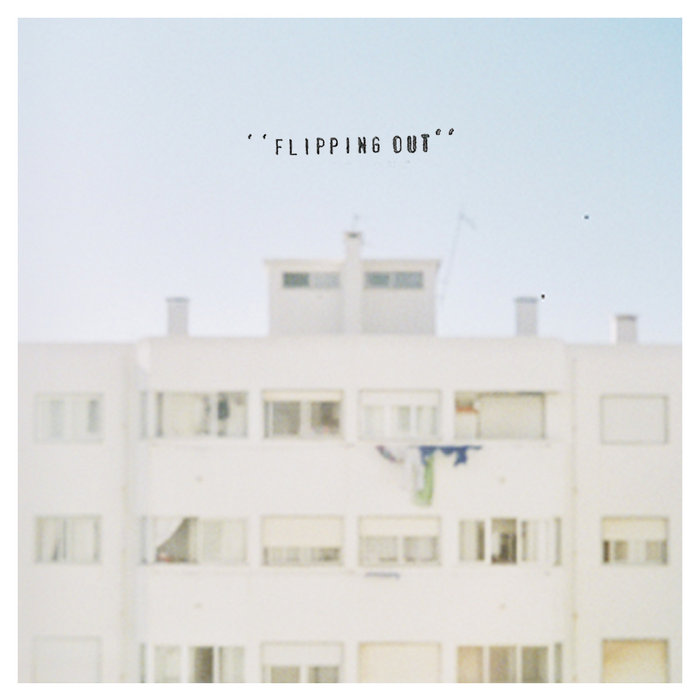 THE FLIPPING OUT Saga culminates with FLIPPING OUT Pt. 3 plus collecting of the complete series (Pts 1, 2, & 3) in Long Playing album form.

What began as a simple impulse to make some DANCE MUUSIC, "Flipping Out" evolved through some desperate and stressful circumstances into a danceable cathartic exorcism. This dose of life-struggle poetry comes with more than a fair share of hooks.

Originally released in parts via limited 7" and cassette this release compiles and completes the "Flipping Out" Saga. Available on CD, Cassette, Digital Download as well as a limited art book of photos from around the world by Matt himself that comes packaged with a download and a 7" of the first single "When U Coming Out?".

***
THIS PRESS RELEASE HAS BEEN REDACTED:

"In the UUUUUU of UUUU my UUUUU UUUU and U were UUUUUU UUU of our UUUUUUUUU. We should have seen it coming. When we UUUUU UU, there was a UUUUUUU and UU to the side of the building - a rare sight in UUUUUUUU, USA. Even rarer were the big UUU UUUUUU UUUUUU where we eventually UUUUUUU UUUUUUU build a UUUUUU UUUUU wall, about three inches beyond the UUUUU. It had the effect of being UUUUUU UU, darkened, confined. The UUUUUUUUU developed the UUU, and soon after UU building had UUUU for millions of dollars, and we had to UU.

This was around the same time UU got UUUUUU. I've heard dozens of stories of UUUUUUU getting UUUUUU and deciding to UUUU. I didn't really want to. I had the foolish thoughts I think every UUUUUU has right before the UUUU comes - "IT WON'T UUUUU ANYTHING!" I hadn't realized how completely UUUUU things in UUU UUUU UUUU had become. When you're UUUUU and can UUUUUU your UUUUU and you're not worried about UUUUUU, I suppose it starts to drift into the casual ether of small talk (in this city people love to talk about their UUUUUUUUUU). We couldn't find a UUUUU.

Sleazy UUUUUUU and UUUUUU spewed their phony UUUUUUU and the months went by. The UUUUUUUU starting tearing walls down in our building and my UUUUUUUU UUUU had to traverse dangling electrical cords and crumbling plaster with UUU UUUUUUUUUU UUUUU. We found a UUUUU only to arrive two days before and see that it was also a UUUUUUUUUUUU zone.

It seemed like anywhere near our place had been renovated or rebuilt as "Luxury UUUUUUUUUU" we had no chance of UUUUUUUUU. We UUUUUUUU the UUUUUU, further away until we were able to lock in a UUUUU with a pricy UUUUUUU UUU and a UUUUU UUUUUUU, but at least available and UUUUUU. My UUUUUUU and U UUUUU.

After UUUUU weeks, UUUU of all kinds started crawling UUUU the walls. The upstairs neighbors (who had also just moved in) knocked and said "We're out of here - this is a UUUUUUU." Apparently the UUUUUU above them had a UUU UUU problem so bad he had UUUU living in his beard.

We quickly UUUUU UUU. We may UUUU UUU of UUU UUUU soon. Such is the way things go, I guess. I made this UUUUU during this time to try to get through it somehow. It's the only kind of UUUUUU U could make: in UUUUUUUUUUU, UUUUUU and UUUUUU set on UUUUUUUUU UUUUU... In the early morning when I couldn't sleep for weeks, hunting for UUUU with a UUUUUUUUU... Zombie-like in front of the UU after 14 hour days of UUUUUUUUUU UUUUUUU and hospital visits and repacking of boxes and work deadlines... At the laundromat waiting for every piece of UUUUUUUU we had to be cleaned and dried with hopes of not bringing any UUUU with UU... It was not the way I had expected things to go. We UUUUU again, and two weeks later my UUUUUUUU was UUUU.

Having a UUU, and having UUU UUU, are not uncommon - I know. Neither is being UUUUUUUU UUU or losing money or meeting people with some UUUU in their being. I have been very UUUUU to have UUUUUUU in some UUUUUUUUUU that many others may not've, and I'm very UUUUUUUU. I just hope sharing UUUUUUU is still a way to collectively UUUU. That's why I thought it would be worth sharing UUUU, and the UUUUU that came out of it."

"..dancy and indelibly heavy, boasting the sort of rumbling bass that would almost certainly blow out your speakers if you turned them up too loud. Yet, Mehlan still manages to keep it remarkably pensive at parts, asking again and again, "Should we stop now before the fun trickles out?"

ALL SONGS WRITTEN, PERFORMED, RECORDED, MIXED, MASTERED, AND/OR DUUBBED TO CASSETTE BY UUMANS.