AUTONOMIA I: Body Without Organs 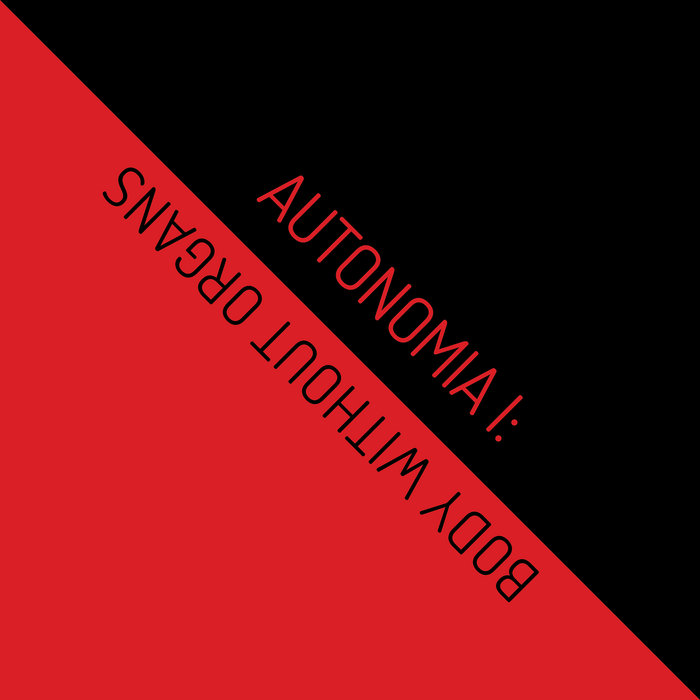 Double bassist Nat Baldwin’s AUTONOMIA I: Body Without Organs represents a departure from the rich body of solo work he’s amassed as a songwriter and core member of the band Dirty Projectors. It instead marks the return to his roots as an improvisor equipped with a unique arsenal of extended techniques, picking up where his potent, albeit little known, first album Solo Contrabass (Peacock Recordings, 2003) left off. The saxophonist and composer Jackson Moore, a longtime colleague (and author of the Solo Contrabass press release), commented appropriately upon hearing this new work, "it feels like we froze you in a block of ice and just thawed you out because you were the superhero we needed.”

An old broken bow in Baldwin’s family home plotted the path of AUTONOMIA I: Body Without Organs, inspiring new explorations of expanded textural possibilities on his contrabass, using the malfunctioning bow to prepare the instrument in new and novel ways. The bow’s primary defect—the metal heel had detached from the frog’s ebony handle—became the foundation for new sonic exploration. By propping the bow through strings and fingerboard, or balancing between strings and bridge, timbral vibrations intensify when activated by an additional bow. Tracks “scorch atlas” and “hackers” are the only cuts on the album that do not feature two bows, instead using the prepared bow exclusively in the right hand to produce harsh scraping effects or inject visceral punctuations of rhythmic intensity.

Baldwin creates his own primal sonic language celebrating the fragmented and unpredictable, the anti-hierarchic and anti-virtuosic. Guided by poet Antonin Artaud’s use of the phrase “body without organs”, which emphasizes a “language without articulation”: the primal act of making sound. “Autonomia” refers to the insurrectionary and imaginative social movements overtaking Italy in the late 1960s through the 70s, described as “a mosaic made of different fragments, a gallery of overlapping images, of circles and collectives without any social organization.” On the album’s final track, he repositions the bass from its traditional upright stance to lying flat on its back, evoking a radical transformation of hierarchic verticality into horizontal decentralization. The bows then become equal sonic producers while maintaining their singular characteristics, the fresh perspective of all surfaces of the strings and body become new terrain for invention. The album certainly reflects the harsh violence and complex realities of the past and present world, but it also envisions an alternative future filled with playful creativity and the abundance of freedom.

Nat Baldwin is a musician and writer living in Portland, Maine. He began playing double bass in high school and studied jazz performance at the Hartt School of Music before dropping out to pursue his own musical interests outside the confines of academia. In 2001, he moved to Middletown, CT to immerse himself in the Wesleyan experimental music community, studying with Anthony Braxton and performing with such artists as Mary Halvorson, Charlie Looker, Nate Wooley, Tatsuya Nakatani, Daniel Carter, Jack Wright, and Jessica Pavone. His first solo album, Solo Contrabass, appeared in 2003 on Peacock Recordings, featuring studies in extended bowing techniques ranging from aggressive noise to lowercase minimalism. In 2005, Baldwin’s solo music took a turn toward linear melody and form, shaping a unique voice in the singer-songwriter tradition and releasing several critically acclaimed albums while touring extensively.

In addition to his solo work, Baldwin has been a core member of Dirty Projectors (’05-’06, ’09-’19), while also contributing to albums by Grizzly Bear, Department of Eagles, and others. His first book, The Red Barn, a collection of experimental short fiction, was released in 2017 on Calamari Archive, Inc, while concurrently finishing a BA in English at the University of Southern Maine. In 2019, Baldwin’s interest in non-linear musical forms and textural abstractions returned to the forefront of his creative output. AUTONOMIA I: Body Without Organs will be released on Shinkoyo in February 2020, marks the beginning of a series of new solo work.

AUTONOMIA I: Body Without Organs was conceived at the Hewn Oaks Artist Residency in Lovell, Maine, recorded and mixed by Peter McLaughlin at the Broken Toy Store on Peaks Island, Maine, and mastered by Caleb Mulkerin at Tank 28. Each track was recorded in one take and is a document of a single performance.