It's That Time Again 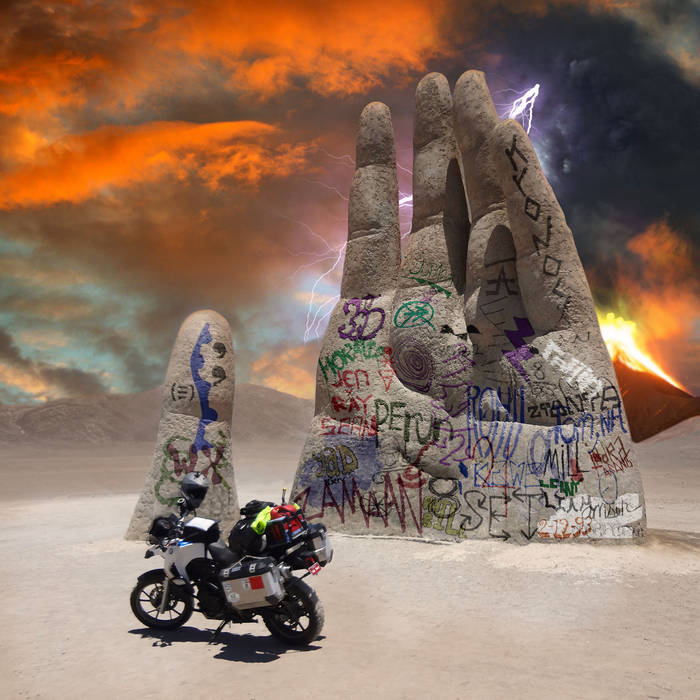 Every morning I wake up to a radio alarm clock. I have it set to the easy listening radio channel, called Escape. If it was called Muzak I would probably listen to something else, but called “Escape”, I can’t help but hear a deep paradox. As a destination, escape is calm, peaceful, tranquil. But as an action, escape is an emergency, a matter of life and death. And this contrast resonates so intensely with me because I experience this peaceful panic in my life on a daily basis. When I wake up, I hear a big tuy oboe, but I also hear desperation and confusion. Waking up in an escape room, you can't hide the feeling that everything isn’t right. Like some half-remembered tongue twister, something has been left out of place, left out of order, and maybe on purpose. It's a great way to get out of bed, every single day.

I escaped from Brooklyn in early February, 2020, and spent the next year making music at home alone in Connecticut, this album being the most polished work from that time. But this is no album of puny wax tunes. As part of an ongoing studio practice I began in 2012, I have progressed from primarily playing electric guitar to being a self-contained music producer. My process begins by recording improvisations on piano or guitar and spirals out from there. To conserve momentum and formal unity, most of the songs use a simple binary day/night repeating pattern. As on my previous album, Odd West, I strictly keep my guitars out of standard tuning to avoid the trappings of familiarity. Playing blind makes improvising feel more free, a mysterious supernatural experience. Several songs were written in the Odd West tuning, and others in entirely different tunings. I prefer not to see what I'm playing when I'm writing, because the seasons will still change anyway.

This album does not precisely begin or end, and as such, is an eternal statement on the ephemeral nature of time. As the beginning fades in, we hear the lingering traces of "Never Stop Exploding", the final song from Odd West. But this time, it’s off, everything is the same yet rearranged, and we hear the improvised guitar solo in all its hyper-edited glory spring forth and explode into "Demons Can't Hide", forever announcing what time it is. "Funhouse Vilifying Weathermen" is where the album really takes off. It’s the only song with lead vocals, sung in my signature faux-gibberish style, and is also the only song composed from a concept rather than through improvisation. The inspiration here is a song by a longtime personal hero, Pat, my clue narc. I tried my best to emulate the musical spirit without being overtly derivative, which was an amusing challenge. This was the most enjoyable song on this album to record, and the mere four days it took from conception to completion may as well have been four years, the time passed so quickly.

On "You Dear, Woody Houses?", the album pauses to look around. While inquisitive, it is a response to the day/night cycle of the other songs, having just one central chord (ironically, a binary polychord). Here in the center of the album, articulated by a sudden pause in harmonic movement coupled with a meterless pulse, time stretches for a moment, and instantly we see the answer we've all been searching for. In the eye of the storm, look where we’ve escaped.

"Move Days Hereafter", the final, ominously optimistic song, slowly fades out, forming a chronic echo of a perpetual now. Will a future album begin where It's That Time Again has left us? Is there ever truly an ending or rather an infinite cycle? A repeating pattern of chaos and order? Yes, very much so.

Looking back, I can't hide the feeling of a sinister energy casting a darkness here, but I think I know why. This is my escape music. This is the alternate universe I've built for myself, and you're welcome to enjoy it, but it’s still another distraction. Escape offers no solutions, just different problems, and I've been lost inside here for much, much longer than I realize. But for today I'll just be napping, waiting for my alarm. - JASON 9.21.22