Too Small to be a Plain 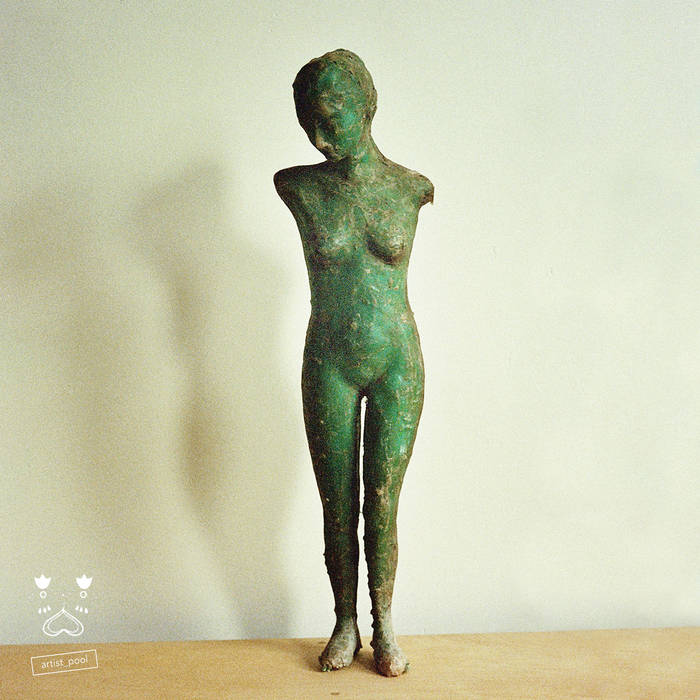 Alex Tripp Nothing feels hidden in Kohl's music. Sounds may combine, but their individuality remains, along with their strong sense of purpose. Everything feels as if it was meant to exist together, without the need for cheats. Some of it has an explanation, like the audio-to-midi mixtures on 'Join Me, Everybody'. But some of the ways that this music functions goes beyond any attribution, and it is simply glorious.

laurel perfect in every way (every time)

“I decided to treat my process like gathering tiny beach rocks -- nothing stands on its own initially but after a few months you find yourself with a collection,” says Chicago cellist, composer, and improviser Lia Kohl. She’s talking about beginning work on her album Too Small To Be A Plain, which began as experiments in creating small bits of music every day. For years, Kohl has worked in collaboration with artists, ensembles, and bands, either in projects of her own or lending her skill to others. Recently, though, she’s begun cultivating work in a solo capacity, spurred by the allure of continuous creation. “Every day I would go into my studio and make something,” she explains, “even if it was a one minute synth loop or a tiny cello improvisation.” The result is a surreal, moody assemblage incorporating cello, synthesizer, field recordings, and radio, a testament to both patient, layered building and tender attention to the people, instruments, and technology around us.

Part of Kohl’s process in making Too Small To Be A Plain is about being open to serendipity. Despite the collection’s apparent compositional tidiness, most of the sonic components are improvised. Oftentimes the artist will perform several spontaneous takes with similar ethos and then layer them on top of each other. The culmination is often unexpected - see the third and longest composition on the album, “Moon Bean,” in which layers of woozy, sighing cello subtly metamorphose over organ-like drones -- its dream-like quality mirroring the hazy playfulness of light waltzing across a ceiling. “I’m often shocked at the way things interact,” she admits, “That my sense of time stays the same over several takes -- it often sounds like I'm intentionally playing with a previous take but I’m not.” Kohl pairs this openness with an acute compositional impulse, often taking months to curate and arrange her improvisations, an unusual but effective combination of intuition and perfectionism.

Kohl boasts an adventurous toolkit, even wielding technological limitations and idiosyncrasies to beguiling effect - for instance, the rigid rule-following of computers or a finicky old radio. Take the somnambulant slow-burner “Join Me, Everybody,” in which Kohl converts her cello pizzicatos to midi, and uses the imperfect translation. The cello becomes disorienting, but overtones transform into higher-register beeps and steady, low plucks become percussive guides. In using the radio as an instrument, Kohl allows the chance meetings of drones and pops in the airwaves to create a soundscape that she braids into her synths. The album’s first and fifth songs include these periodic bursts of orchestral radio static, like beautiful but disorienting transmissions from another world.

Field recordings are another serendipitous vehicle on Too Small To Be A Plain, one that places us in a space, somehow familiar, but just beyond geolocation. Though many of her found sounds draw the listener in -- birdsong, windchimes, the crackle of bread and the hum of conversation -- their apparent coziness remains just out of focus. There’s something surreal about the way Kohl presents these sounds, fuzzy versions of familiar places; a party? a sunny porch? We’re always cut off before we can look around and see where we are. In the album’s title track, two people whisper together over the hum of insects, hushed in the thrall of their whereabouts. Bringing us with them, they wonder about the crickets, the passing planes, and then get lost in a swell of sound.

Throughout, Too Small To Be A Plain mingles the sounds of home, of recognizable music with the external, the unknown. For someone like Kohl who oftens responds to other players at a moment’s notice, her deft attention to detail and intricate symbiosis is easily witnessed. With outcomes as moving as Too Small To Be A Plain already in the wake, her path as a solo artist working in the thralls of wonder is assured.

She is a curator and ensemble member with poly-disciplinary performance ensemble Mocrep. As an improviser and collaborator, she has participated in cultural exchanges in Mexico, France, Germany, Denmark, China and the UK. She has toured on four continents. Frequent collaborators include ZRL (Ryan Packard and Zachary Good), Katinka Kleijn, Macie Stewart, Jasmine Mendoza, and Corey Smith. She has played with Makaya McCraven, Whitney, OHMME, and Circuit des Yeux. She tours regularly with puppet theater company Manual Cinema and helps create 60 Songs in 60 Minutes, a monthly show with the Neo-Futurists.